This 70 unit subsidized apartment facility was built in Los Angeles County near Compton in 2010. It uses laundry water to irrigate half its perimeter landscape and the courtyard area, and city water to irrigate the other half of the perimeter landscaping. As you see from the pictures, the landscape on the greywater side and in the courtyard is thriving. The trees on the city-water side aren’t faring nearly as well.

Drone footage of this apartment complex taken in early 2019 shows this dramatic difference in growth:

The project presents an oasis in an otherwise visually blighted neighborhood and shows what can be done with a little forethought by governmental planners in partnership with project architects and owners. 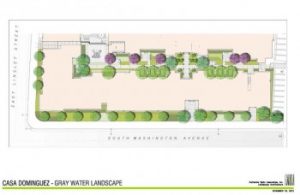 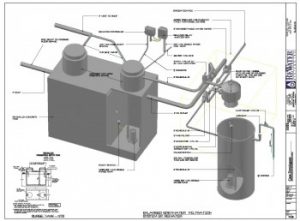 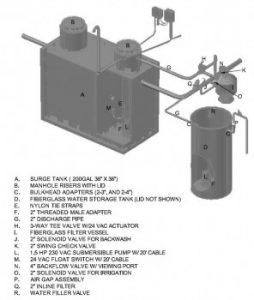 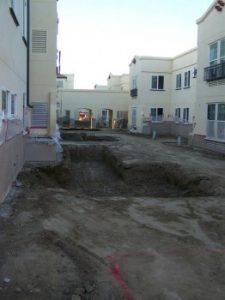 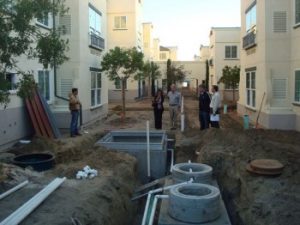 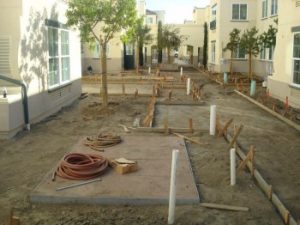 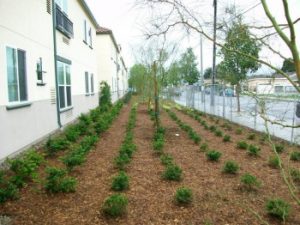 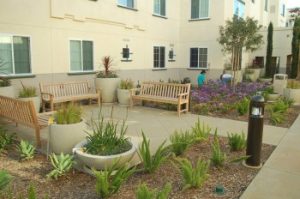 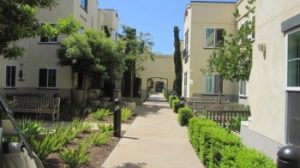 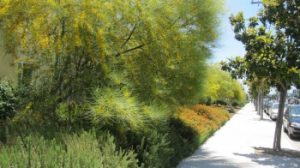 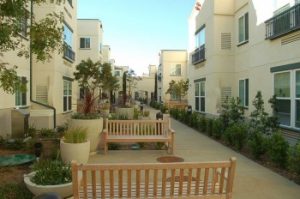 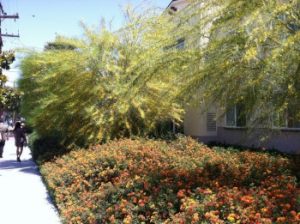 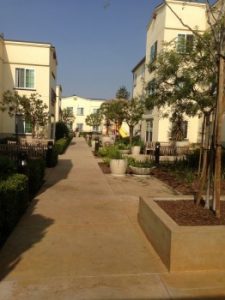 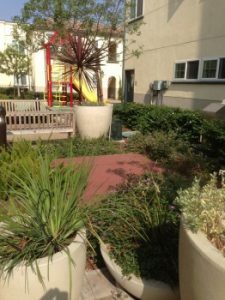